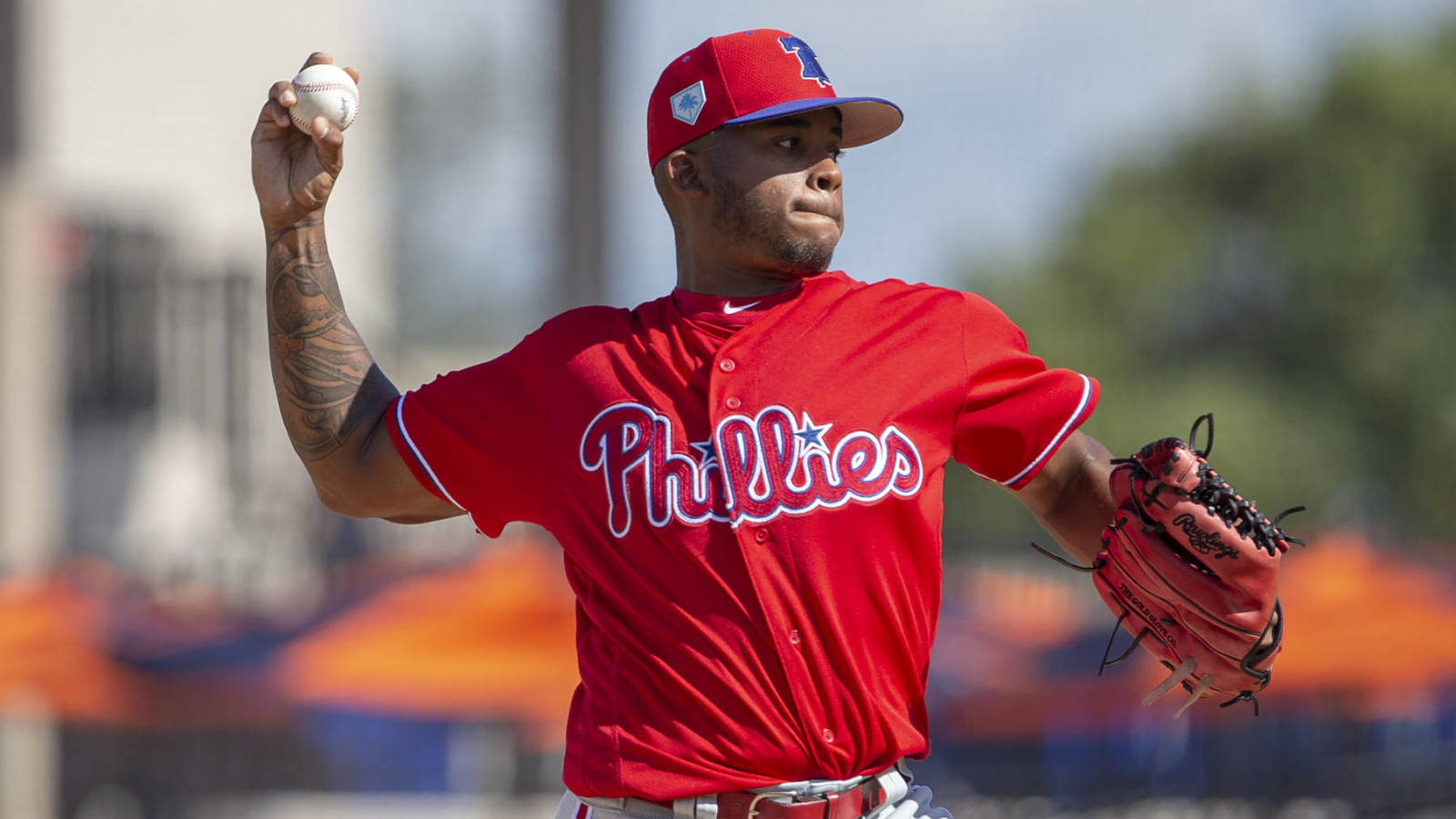 The Phillies announced today that righty Edubray Ramos is heading to the 10-day injured list with biceps tendinitis. Lefty Austin Davis will take his roster spot.

In other news involving the Philadelphia relief corps, righty David Robertson has been advised not to throw for at least three more weeks, as Matt Breen of the Philadelphia Inquirer was among those to cover on Twitter. The hope is that rest will cure Robertson’s flexor strain, although it remains to be seen how he’ll respond when the time comes. Once he resumes throwing, the veteran will need to ramp up before he’s ready to pitch again in the majors.

Ramos, 26, had a fine showing last year for the Phils. He has not been quite as good out of the gates in 2019, however, having allowed five earned runs on a dozen hits while compiling a 7:4 K/BB ratio over 9 2/3 innings.

There’s some obvious cause for concern in Ramos’ radar-gun readings. He has dropped a full 2 mph on his average four-seamer and even more on his heavily used slider. Unsurprisingly, his swinging-strike rate has suffered, although Ramos is still drawing loads of soft contact (32.3%).

In the aggregate, there’s quite a lot of uncertainty for a pair of hurlers who were expected to occupy significant roles in 2019. Bullpen issues haven’t kept the Phillies from a strong overall start, and there’s still time for internal solutions to emerge, but the Philadelphia currently projects as a clear buyer of relief pitching at this season’s trade deadline.