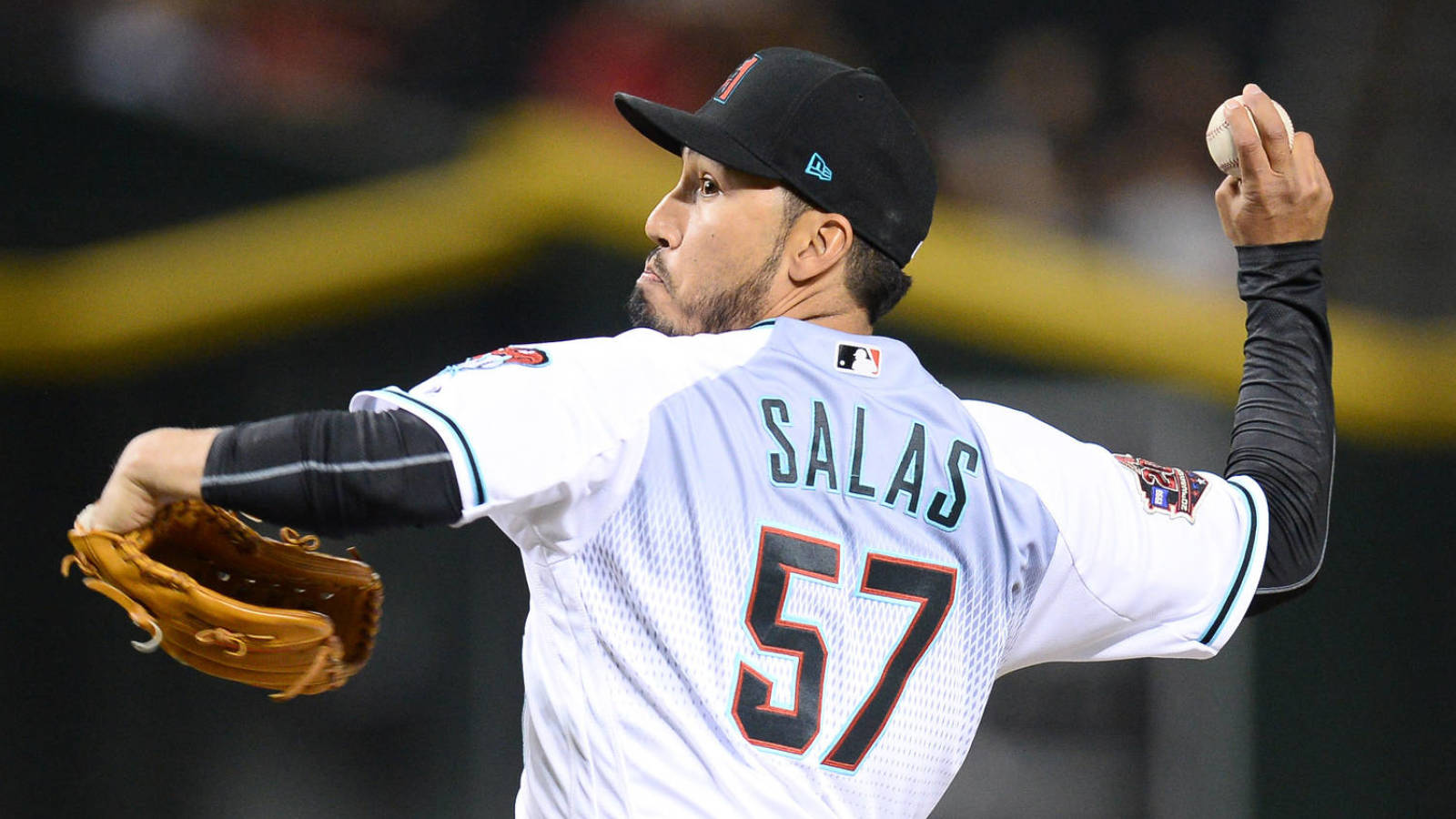 The Phillies announced Monday that they have selected the contract of veteran reliever Fernando Salas. Outfielder Andrew McCutchen (torn ACL) was moved to the 60-day injured list to open a spot on the 40-man roster.

Also, right-hander Enyel De Los Santos was optioned to Triple-A Lehigh Valley to clear a spot on the active roster.

Salas, 34, opened the season pitching in the Mexican League but signed a minor-league contract with the Phillies a couple of weeks ago. Salas notched a terrific 30-to-4 K/BB ratio while pitching in Mexico and has been sharp for the Phils’ Triple-A club since signing. In 6 2/3 innings with Lehigh Valley, he has allowed one earned run on six hits and two walks with five strikeouts.

Last season, Salas spent the bulk of the year with the Diamondbacks, logging a 4.50 ERA with 6.8 K/9 against 2.9 BB/9 in 40 innings of relief. He’s a veteran of nine big-league seasons and has thrown at least 30 2/3 innings at the MLB level every year dating back to his 2010 debut with the Cardinals. In 487 big-league innings, Salas owns a 3.90 ERA with averages of 8.7 strikeouts, 2.8 walks and 1.03 homers allowed per nine innings pitched. He has tallied 30 saves in his career along with 76 holds.

The Phillies have the equivalent of a full bullpen on the injured list, but the team announced some encouraging news today. Per Scott Lauber of Philly.com (Twitter link), right-hander Tommy Hunter (elbow) will throw 20-25 pitches in a rehab appearance at Double A tomorrow, and David Robertson (elbow) is playing catch today and could throw a bullpen session Wednesday.