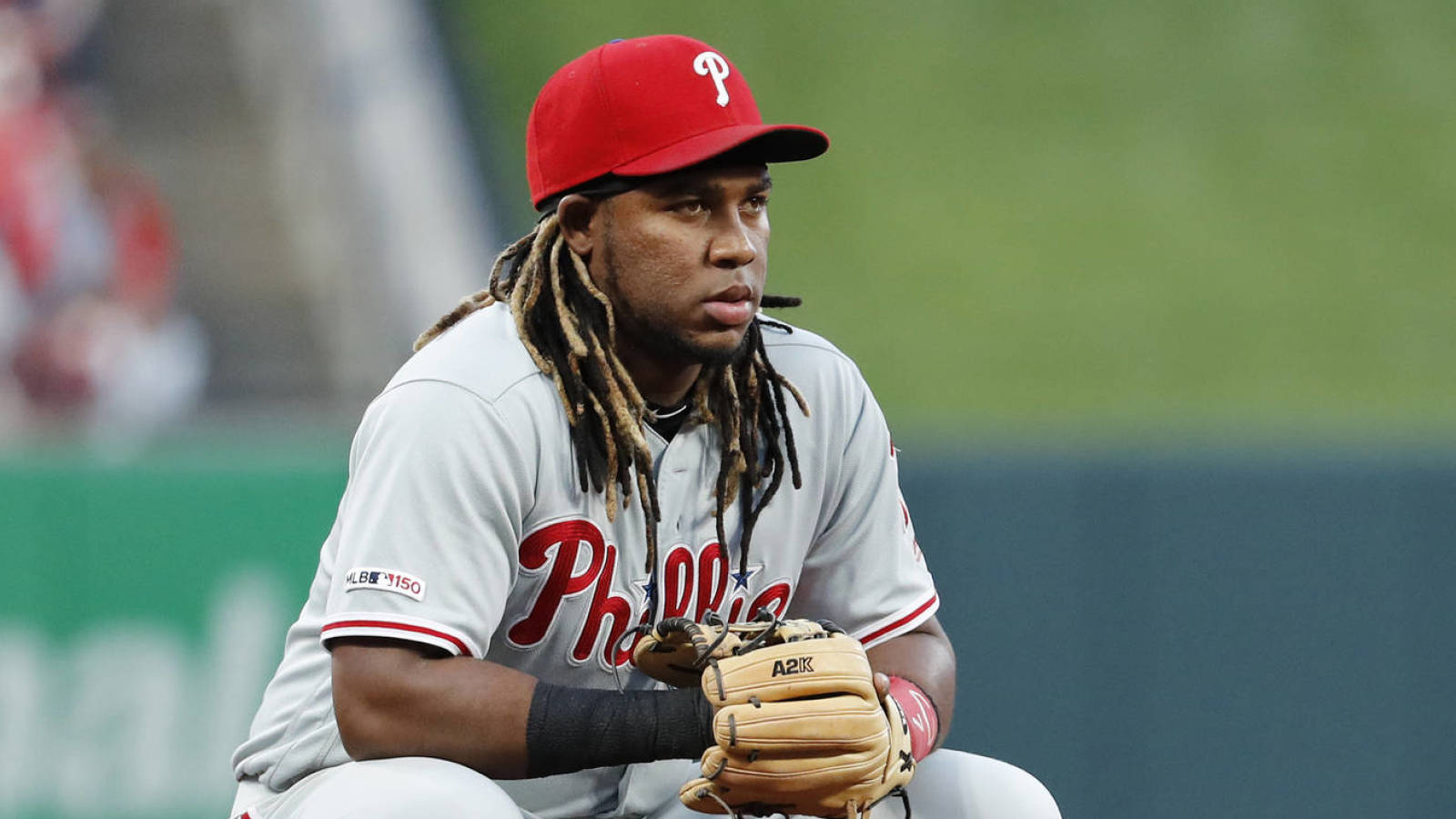 Since 2015, the first season in which Maikel Franco received extensive major league action, he has been the Phillies’ top option at third base. However, Franco’s now in the throes of the second straight season in which he has fallen out of favor with Phillies manager Gabe Kapler, Matt Breen of the Philadelphia Inquirer observes.

After appearing in 150-plus games in each season from 2016-17, Franco dropped to 131 last year and has ridden the bench of late this season. The 26-year-old was almost the Phillies’ sole option at third base into late May, but he has lost his grip on the job since then. Scott Kingery, Sean Rodriguez and the just-acquired Brad Miller have begun eating into Franco’s playing time recently. Franco sat again Saturday in favor of Miller.

It’s not that surprising the Phillies are fed up with Franco, who’s coming off more and more like a one-shot wonder. While the 26-year-old looked like a foundational piece in the making at the outset of his career, his production has fallen flat since then. Thanks in part to his horrid .205/.275/.371 showing in 247 plate appearances this season, Franco has slashed .248/.300/.429 with a 90 wRC+ in 2,357 major league PA. Worsening matters, Franco hasn’t made up for his below-average offensive output with stellar work in the field, having accounted for minus-31 Defensive Runs Saved and a minus-7.8 Ultimate Zone Rating at the hot corner in his career.

With Franco failing to contribute to their cause, the Phillies are a disappointing 39-37, putting them five games behind the NL East-leading Braves and a game and a half out of a wild-card spot. Third base may be a priority position entering the July 31 trade deadline for the Phillies, though they could move the versatile Kingery there on a full-time basis and acquire an outfielder instead. Either way, after an aggressive offseason, it’s clear the team’s not in an ideal position at the start of the summer.